Two days of competition at the National Championships in Athlone sports arena on the 19th & 20th of March saw Clonmel AC come home with 3 Golds medals. By virtue of their performances at the provincials four athletes from Clonmel took part in the competition.

On day one we have Niamh Clarke competing in the 1km race walk in her first National championship and raced brilliantly to finish in 8th place. Niamh will gain valuable experience for future Nationals. In the boys under 13 we had Adam Prout who ran a lifetime best in the 60m dash to place 6th in the final. Adam also competed in the boys under 13 long jump and came through the preliminary rounds and finished with a massive jump of nearly 4m to place 8th. In the girls under 13 high jump Cara Ryan the reigning under 12 champion was the clear favourite for the title and did not disappoint with a jump of 1.45m taking the club’s first gold medal. In the boys under 18 1.5km race walking Sam O’Sullivan put in an impressive display, leading from start to finish to take the Gold medal in a time of 6 mins 57 secs.

On day 2 our sole competitor Cara Ryan was competing in the under13 girls Long Jump and although not at her best had far too much for all her competitors when winning in a jump of 4.58m. Cara completed the double double winning both under 12 and under 13 High and Long jumps at Nationals. Thank you to the athletes you made your club proud and to the parents and coaches that got them to our highest National stage. We will watch your progress and no doubt see you wear the Irish Singlet in the not too distant future. 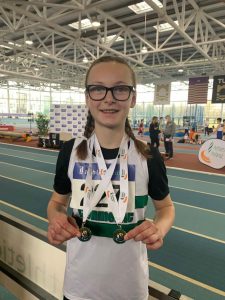 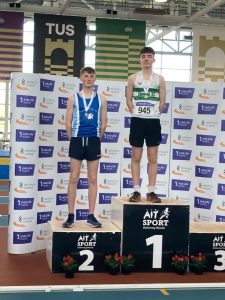 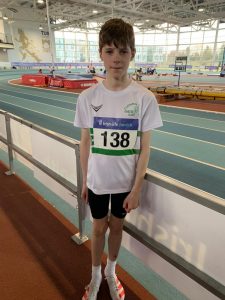 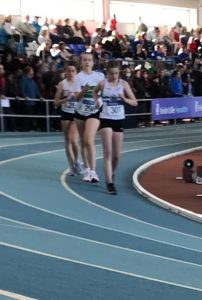