The County Tipperary Novice Cross Country Championships took pace in good weather conditions with firm ground in Newport last Sunday. Great credit to the local club and the County Board for ensuring that these Championships took place with everyone’s safety in mind. Athletes had to contend with strong winds at times accompanied with light rain while the terrain was relatively firm. It was brilliant to see the Club very well represented in both races and delighted to see that all our debutants ran very well.

In the Women’s 4k race we saw some brilliant performances, none more so than that of Ciara O Neill who displayed a very determined “gun to tape” performance that had the whole field in single file early on. This was a brilliant piece of front running which displayed great courage in going out so fast so early on in the race, a worthy Champion. Then we had Courtney McGuire also running a brilliant race when going clear on the final lap to win the Silver medal convincingly. Greta to see Courtney back running again after her recent injury. We also witnessed a brilliant performance by Suzanne Shine who started very well and as the race progressed, she got into her stride and made great progress when coming through to finish a very creditable 4th. These three athletes combined very well to win the Cold medals and crowned County Novice Inter Club Champions for 2020, a feat last achieved in 2012 in Clonmel where our winning team that day consisted of Johanna Lacy, Catherine Rice, Elaine Horgan and Una Redfern. We also saw great running by Sareen Walsh, the Friday night training organiser, when finishing 7th and like Suzanne made great progress over the last couple of laps. Then we had Anne Marie Halpin also producing a brilliant effort when finishing strongly in 9th place. It is great to see Anne Marie running well again after recovering well from her recent injury. Then we had debutant Stephanie Byrne running a great race when finishing 12th and along with Sareen and Anne Marie combined to win the Inter Club Bronze medals. This is Stephanie ‘s first County medal and it is great to see all the work she has put in over the summer months paying rich dividends. Then we had Marian Flaherty also running well again when finishing 13th. Indeed, Marian is another of our members back running well again after a lengthy injury lay off. Then we had Brigid Ryan also making her club debut and also putting in a great performance when finishing 17th.

The men’s 6k race also saw the Club very well represented with some members making their Club debuts. Paul Minogue in the early stages set a strong pace that soon saw him mover clear inside the 1st small lap. He was running well and as he went out on the 4th last lap he was joined by the eventual winner, Eamon Morrissey of Dundrum. They matched strides for the next lap with Eamon gradually drawing clear. But Paul stuck to his task and kept Eamon in sight for the rest of the race. On the last lap Paul picked up the pace again and he withheld a late challenge to win the Silver medal with a great performance. Then we had Nigel O Flaherty also running well when finishing 11th with Conor Fleming also running a fine race when finishing 14th. At this stage, the Bronze Inter Club team medals was a close call between Clonmel and Moyne going out on the final lap. Here Jamie Byrne making his Club debut in Cross Country picked up the pace and got up to the group ahead and he kept the strong pace going to finish 19th and ensured the bronze medals were heading to Clonmel. To make it even more spectacular, Jamie was winning his first County medal, so a family debut double for Stephanie and Jamie Byrne, with both of them winning their first County medal. 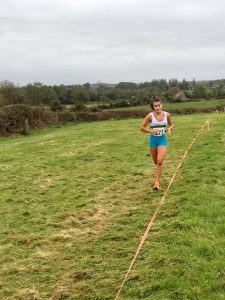 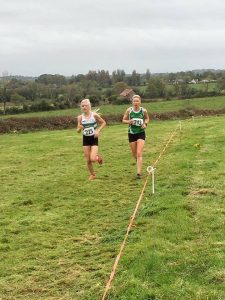 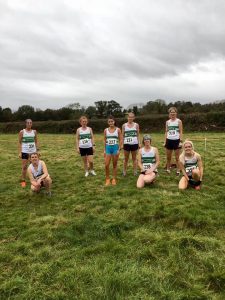 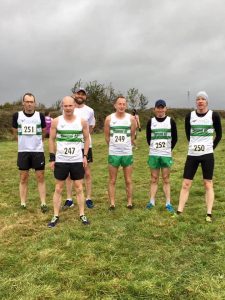