Gowran Park was the venue for the National Juvenile Uneven and Novice Cross Country Championships today. Great credit must go to the local Club for having everything spot on, even the weather was very good for this time of the year. The Club was well represented in 6 of the 14-race programme.

In the Girls under 17 race Ruby Carroll was our first athlete into action. Ruby ran very well when finishing 68th when one considers that her training for the past month was curtailed due to injury, so she should be very pleased with this performance in such a top-quality entry. In the boys under 17 race Cian Flaherty ran well when finishing 76th. In the Girls under 19 race the Club had a team competing in this event for the very first time and great to report that all four athletes performed very well in what was a very competitive race. None more so than Muireann Duffy. Buoyed up by her recent National success in Santry, where she was carrying a light injury, she ran a well-judged race today as she was competing against athletes older than her on the National stage. Right from the start she went out fast, fast enough to set the pace and avoid any mishap that could occur in such a large entry. That didn’t bother her as she like to run at the front. The fast pace up front soon saw the leading group down to four midway through the 1st lap of 2 with Muireann at the head of affairs. With a lap to go she was well in contention just behind the leading group of two who had opened up a 10-metre lead at this stage. As the lap unfolded Muireann was slowly eating into this lead and had moved into 2nd place with 400m to go. She kept that strong effort going down the finishing straight to win the silver medal in very convincing fashion, a fabulous achievement and fantastic performance. This fantastic performance also saw the other three Club members responding with three brilliant efforts with Emma Murray putting in a very strong finish over the final 300m to finish 20th and in the process along with Muireann and the Cunneen sisters, Niamh and Ellen from Nenagh Olympic won the Inter County title very convincingly on 41 points. We also saw brilliant performances from both Laura Cooney 40th and Celine Durand 46th. In the boys under 19 race Conor Flaherty ran well when finishing 46th

The Novice women’s 4k race was next and it was great to have a club team competing in this event. Indeed, the last time we had a team competing in this event was 2015 when the Championships were held in Dungarvan. On that day our team was Anne Marie Boland, Aine Roche, Anna Byrne and Yvonne O Connor. Indeed, it is great to report that the sport at Club level throughout the country is in great shape with 51 clubs taking part and many of them having more than one team competing. Back to the action and here we had a completely new team competing and great to report that they all ran well in what for some of them was their debut at this level. Kealey Tideswell ran a brilliant race, pacing herself well early on, then as the race unfolded, she was improving all the time. She put in a brilliant effort over the closing stages when finishing 31st in her first Cross Country race in nearly three years. Suzanne Shine on her debut in this event also ran a brilliant race when finishing 89th. We also saw great efforts from Sareen Walsh 126th, Jennifer Quinlan 136th and Marina Quinlan 140th. Kealey was on the County team that finished a close 5th.

The last race on the programme was the National men 6k event and here we again witnessed a fantastic entry with 61 clubs represented and again many of them had more than one team competing. As such the pace was fast from the start over a course that was firm and ideal for fast running despite the few inclines on each lap. Here the club had two athletes competing. Evan Fitzgerald went with the early pace that was set by a very large group and he was in the low twenties midway through the first lap. Then as the pace began to tell, Even began to make progress and gradually moved up through the field. Going out on the last lap he was 12th and running well. He had moved up to 9th with about a km to go and was full of running. Then on the downhill finish he put in a great effort that saw him finishing a very close 6th, just 4 seconds off the bronze medal, a fantastic achievement. Michael McNamara making his debut in this event ran very well when finishing 205th. The National Cross-Country scene now takes a break, but members are already planning to compete in the National Intermediate Cross-Country Championships in Castlelyons on February 13th, 2022. Again, it was brilliant to see Club members performing so well on the National stage and it augurs well for the future of the Club. 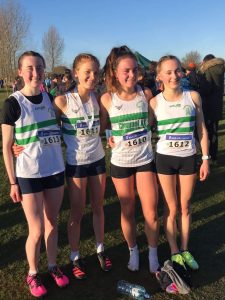 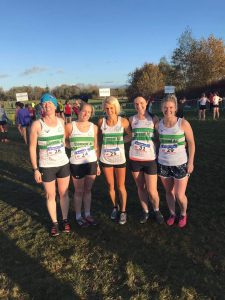 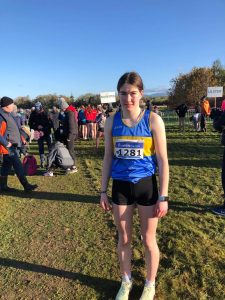 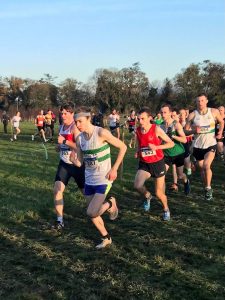 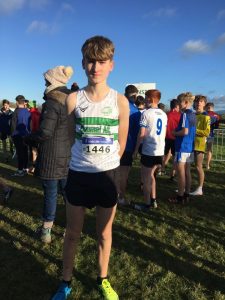 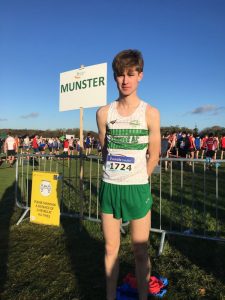 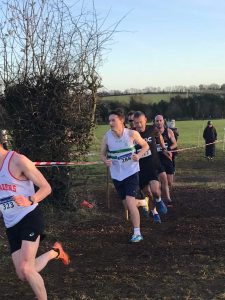