The National Juvenile Even age groups along with the Junior, under 23 and Senior Cross-Country Championships took place in Santry today where the underfoot conditions were firm and fast running was the order of the day. It is great to report that the Club was well represented at these Championships.

In the Boys under 12 race, all three club members were making their debut at National level for the very first time. We had great running from Devin Ryan who was 106th and Alex Lawless 153rd while Rory Hennessy got injured during the race. In the boys under 14 race Daragh Boland ran very well when finishing 136th.

In the Girls Under 18 which was combined with the Junior race, Muireann Duffy ran a brilliant race. Making her debut at this level she was unfazed and right from the start of the three-lap race she was well positioned. As the race entered its final stages, she found another gear and put in a very strong surge when finishing 4th Under 18 and 9th Junior, fantastic running. She also played a major part in the Munster Girls under 18 team that won the Inter provincial gold medals and the great news is that she is still eligible for Junior next year. She also won a Girls under 18 top 12 Individual medal as well, fantastic.

In the Senior and Under 23 women’s race we were entering a team for the first time in the Club’s history at this level, with four of the members making their debut at this level. This race was fast and competitive from the start and so every place was hard fought for. Courtney McGuire ran a brilliant race. She went out strong and as the race unfolded, she settled into a very good rhythm that soon saw her make great progress with every lap. Going out on the final lap she was still running a brilliant race and she maintained that strong effort over the closing stages to finish a very creditable 39th in 30 mins 19 secs, fantastic running when one considers that in 2019 she ran 35 mins 46 secs when finishing 64th in these Championships and that she is just back after a long lay off due to injury, brilliant. Then we had Hannah Steeds also running a brilliant race when finishing 57th in 31 mins 23 secs. We also saw two great performances from both Moya Whelan 95th (34:08) and Caroline Godard 98th (34:25). These four athletes combined very well with the Club finishing 7th in what was a very competitive inter club competition. This was a brilliant experience for these athletes and is something that can be built on in the years ahead.

The Senior Men’s 10k was the last race of the day. Here with a top-class entry, it was fast and furious from the start. This did not deter our two members as they put in two very good performances. David Mansfield ran a brilliant race, going out strong he was well positioned in the low 30s in the early part of the race. Then as the race unfolded, he got into a very good rhythm and began to make great progress over the final few laps. Going out on the final lap he was still full of running and he kept that pace going to finish brilliantly in 23rd place in a very good time of 31 mins 57 secs, his best ever performance over the country. It was great to see David converting his very good road performance, the fastest Irish man over the marathon in 2019, to the country and a great reward for all the hard training. Then we had William Maunsell also running very well when finishing 92nd when one considers that his training in recent weeks was curtailed due to an injury. The Club had not a team competing due to late withdrawals, which was a pity. 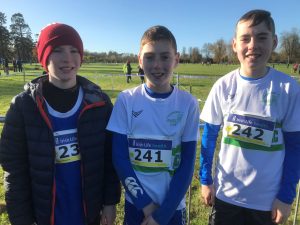 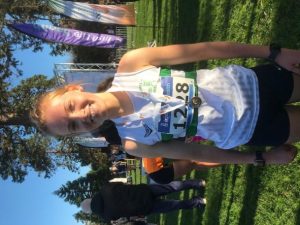 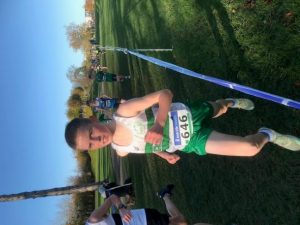 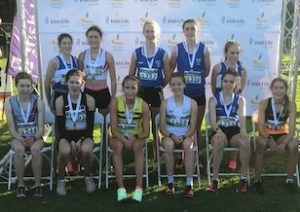 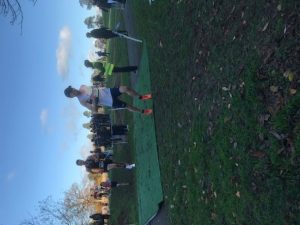 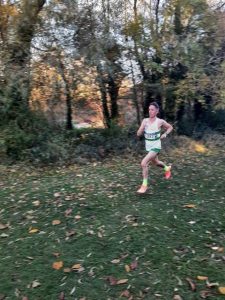 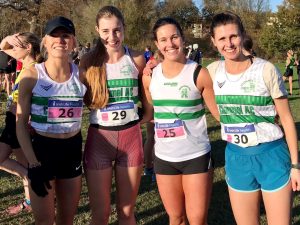