With the welcoming of official summertime, the sunshine duly arrived in Dundrum for the County Tipperary Junior and Senior Road Championships on Sunday last. These races are seen as the flagship event on the county road race calendar, and they did not disappoint. Clonmel were very much the dominant force in both the junior ladies and men 3k races. Muireann Duffy got the day off to a flying start when putting in a brilliant performance to win the County title in a very impressive 9 mins 54 secs, especially give the very warm weather conditions. Then we had great performances from both Laura Cooney winning the silver medal in 10 mins 50 secs and Emma Murray, the bronze in 10 mins 54 secs, a clean sweep. This trio also captured the County Junior Club title. The we also had great performances from Ruby Carroll 4th in 11:22, Celine Durand 5th in 11:54 and Eimear Heafey 7th in 13:06. They combined very well to win the inter club silver medals. In the men’s equivalent we saw Cian Flaherty run a brilliant race when winning the silver medal in 9 mins 52 secs, edged out of gold close to the line. We also saw great running from both Ross McCarthy 4th in 10:23 and Tadgh Quinn 5th in 10:25. This trio won the inter club gold medals. The performances of our superb junior athletes most definitely inspired our senior ladies and men as they set off in their respective races, 5k for the ladies and 10k for men.

The Senior women’s race also produced some great performances from club members. None more so than Angela McCann. Angela produced a very good run when winning the silver medal in 18 mins 22 secs. We needed others to support Angela’s great effort and right on queue Marie Claire McCarthy powered her way through the last two kilometres to secure a third-place finish in 18 mins 45 secs. With three to score in the Club event, all eyes were now focused on that lady as Dundrum and Clonmel fought it out for the team places. It was Clonmel’s Ann Marie Halpin who came through strongly when finishing 8th in 20 mins 10 secs to ensure that the Clonmel ladies took the county senior ladies title, the 4th year in a row, some achievement. Our ladies B team of Nicola Maunsell 14th (21:30), Michelle Doherty 17th (22:11) and Jennifer Quinlan 18th (22:20) put the icing on the ladies’ cake by picking up the silver medals in the B section, again three terrific performances. They were very ably supported by Sareen Walsh 19th (22:21) and Marina Quinlan 26th (24:53).

The Senior Men’s race over the longer 10k distance was always going to be a classic with protagonists, Kevin Moore, Evan Fitzgerald, Paul Minogue, Mossy Bracken and John Fitzgibbon amongst one or two others all vying to be in the shakeup for the medals.

As the race set off both Kevin Moore (Dundrum) and Evan Fitzgerald were at the head of the pack closely followed by Paul Minogue, Mossy Bracken and John Fitzgibbon. As they approached the 4K mark, Moore and Fitzgerald had opened an ominous gap over Paul Minogue who in turn was pulling away from Mossy Bracken. The status quo continued for the next 5k with a real battle of wits between Kevin and Evan, with both athletes asking questions of each other but neither man giving an inch. As they turned onto Green Road with 1k to go, there were several attempts by both men to break away. The spectators waited with bated breath as they waited for the lead car to turn into the finishing straight, with anticipation and excitement to see which of these great competitors had prevailed. As the car came around the corner the fair locks, and hat of Evan Fitzgerald could be seen as he made the decisive push for home. It was a tremendous finish with Kevin Moore still giving it everything, but it was to be the Clonmel athlete’s day, winning in 31 mins 19 secs, a day when he managed to emulate what his father John had achieved forty years ago. Once Evan had crossed the line his immediate thoughts were for his team mates out on the course as he watched on anxiously.

He was soon followed home by Paul Minogue who ran a fantastic race throughout getting himself positioned in 3rd and never relinquishing that position, a great bronze medal in 32 mins 29 secs, a big PB, over this distance and one to be really proud of. As Clonmel AC were battling it out with Dundrum for the team prize our 3rd and 4th finishers were going to be so important. It was no surprise to anyone from Clonmel that these two positions were filled by Conor Fleming in 11th place (36:47) and Dermot Logue 13th (37:25), two terrific athletes to have on your team with their regular consistent performances. Conor spoke afterwards about this team title always evading him but not today as he helped Clonmel to the Senior men’s title. Indeed, for all four members it was their first time lifting this Cup for Club, hopefully the first of many. In the B Section we had great performances from Elcko Beckers 23rd (40:19), Mark Kehir 24th (40:22) and Michael McNamara 34th (43:54) and this trio won the inter club gold medals. We also had good performances from Bernard Feery 35th (44:08), Pat Walsh 36th (47:37) and Tom Quinn 37th (49:05) as Tom prepares for the Limerick Marathon in a few weeks’ time.

What a truly amazing day for Clonmel Athletic Club, one for the record books for many reasons. Senior titles are not easy to win either as an individual or as part of a team. Today The club won all four team titles up for decision, two individual junior titles with silver and bronze, Senior women’s silver and bronze individual awards as well as individual senior men’s title and senior bronze individual. It was a remarkable day, one to be really proud of. Great credit must go to all the athletes, their families and coaches for their hard work and dedication to the sport. 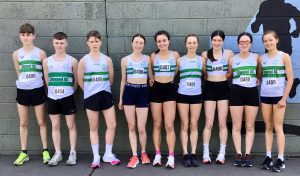 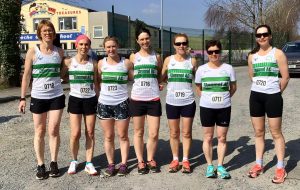 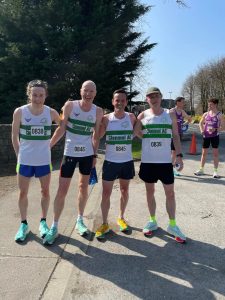 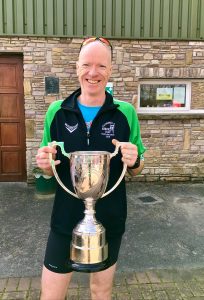 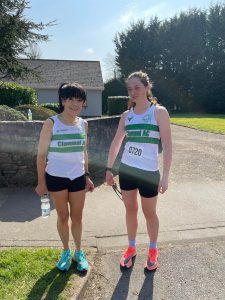 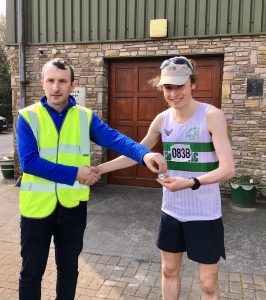 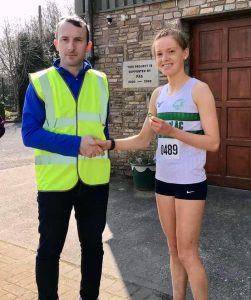