The County Senior and Masters 10 Mile Road championships took place in Galbally last Sunday where conditions were favourable starting off but as the race progressed the sun came up and made it a demanding performance by everyone. Still, we witnessed some earnest efforts by Club members as they set their sights on the Boston Scientific Half Marathon later this month and then the Dublin City marathon in October.

In the Inter Club competition our women’s team of Angela McCann, Sareen Walsh and Helen O Ceallaigh won the silver medals while our men’s team finished 4th in their Inter Club event. That was the final event of this year’s County Senior Road Championships, and the club would like to thank all our members who competed in them as they all play their part in helping the Club to win the Michael Cahill Perpetual Cup for the Best Senior Club in the County Road Championships. 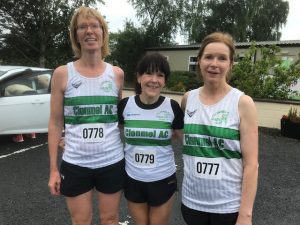 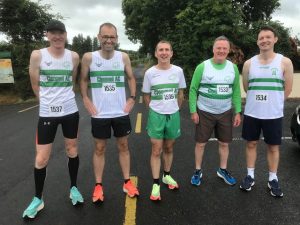